Buy Tickets to The Best Man 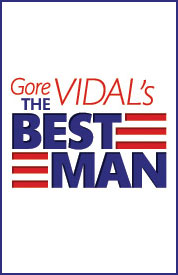 The Best Man on Broadway click the link below:

Here is the official information for The Best Man on Broadway:

About The Best Man

A play about power, ambition, political secrets, ruthlessness and the race for the presidency, Gore Vidal’sThe Best Man is set at the national convention where two candidates are vying for their party¹s nomination during the primary season. It’s an inside look at the dirt-digging, double-dealing, triple-crossing chicanery of presidential electioneering…and what could be more fun in a Presidential campaign season than these theatrical fireworks.

2 hours and 40 minutes, including 2 intermissions

To read reviews of The Best Man on Broadway, click the link below:

To buy tickets to Memphis on Broadway click the link below: